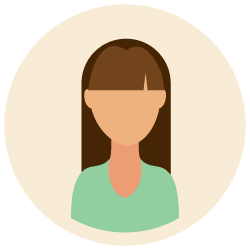 Welcome to my blog on hotels. I decided to create this space because I love travelling, and in between journeys, I needed something to fill my time. Hi, my name is Rachel, and over the years, I have stayed everywhere from large hotels in the middle of the city, to small bed and breakfasts in the outback, to hostels, to convention centers, to rural retreats, to suburban discount hotels. In this blog, I am going to explore the pros and cons of all types of lodging, and I'm going to look at everything from cost to convenience to amenities. If you are planning a holiday, pull up a chair and start reading. Enjoy!

Melbourne's Central Business District (CBD), is an eclectic mix of vintage buildings and towering skyscrapers. If you're heading for this part of the city, you'll find an assortment of accommodations, from budget hostels to upscale boutiques. In this part of Melbourne, privately owned properties outnumber the major brand hotels.

This is where Melbourne began. The district runs from Victoria St. in the north to Flinders St. in the south. West to east it stretches from the Docklands to Fitzroy Gardens. The Docklands is close to the local football arena, Etihad Stadium. Waterfront City is also nearby, filled with restaurants and shops and home to the Melbourne Star. Take a ride on this over-sized ferris wheel and you'll get a panoramic view of the city, the surrounding mountains and nearby Port Phillip Bay.

One of the best ways to get around the CBD is on foot, or by bicycle. Rental shops for the latter are plentiful. Driving can be challenging, especially during commute hours, and street parking is hard to find. The CBD has multi-storey car parks but these tend to be expensive. If possible try and find accommodations near the City Circle Tram. This free service circles the perimeter of the CBD.

You'll find everything from hostels to budget apartments in the CBD.  Many are along Flinders St. fronting the Yarra River and within walking distance of the Melbourne Aquarium. Others are on the northern end, near the historic district and its vintage gaol, or jail. Depending on the hostel, you'll find dorm style rooms, double or private rooms, with or without shared bath. Most have wireless Internet and a common kitchen and lounging area. The apartments are small but comfortable, and include all linens and have kitted out kitchenettes.

Moderate accommodations include apartments, renovated historic properties and a few name-brand motel chains. They are found throughout the CBD, many of them within a block or two of the City Circle Tram. Even the motel chains have retained the local charm, most having renovated vintage buildings rather than build new.

Properties in the splurge category include one that's been around since before World War II and another that got the nod from magazines for its onsite spa. One property sits in what was one of the city's original banks. Some of the tower properties offer waterfront views of the Yarra River. You'll also find boutique hotels in heritage-listed properties that have been renovated in period style but with modern amenities. You may be relaxing in a claw-foot tub, but you'll also have wireless Internet.

Whatever you need to stay cozy and comfortable on your next holiday, you can find what you're looking for by comparing various options such as Gunnedah Lodge Motel.